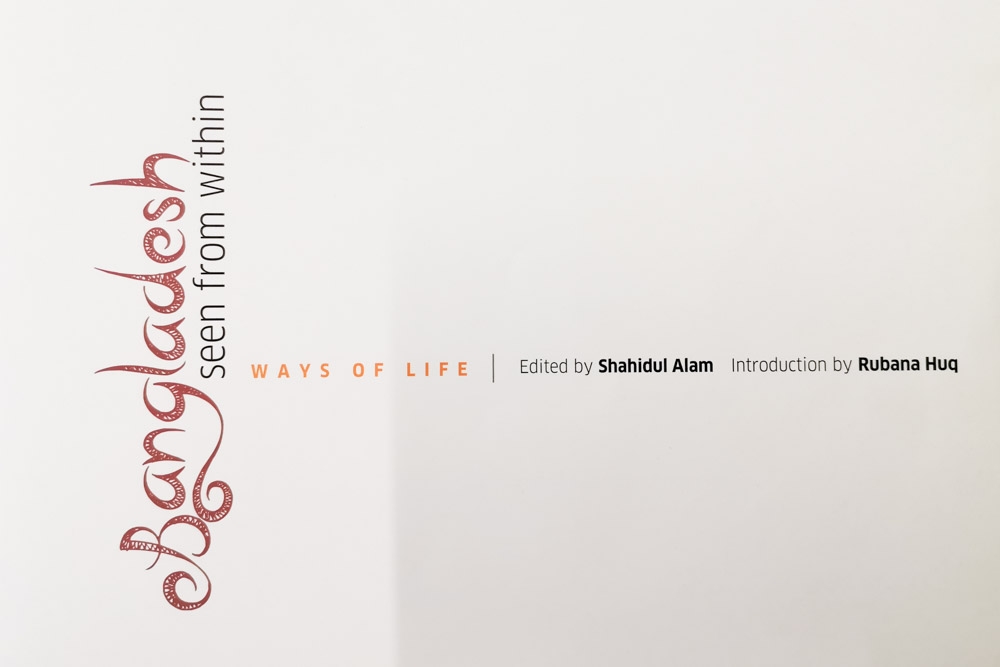 BANGLADESH SEEN FROM WITHIN

Drik undertook the initiative of publishing a series of books to portray our country seen through the collective work of enthusiastic amateurs and seasoned professionals, this was a country many knew but had never seen depicted with such startling clarity and visual appeal. It was a positive and promising country photographed and published lovingly under the title “BANGLADESH SEEN FROM WITHIN”. The first book of this series “Ways of Life” was launched on the 1st day of this year’s Hay Festival, on 20 November 2014 at KKTea Stage, Bangla Academy, Dhaka. ‘These books are expected to act as ambassadors of Bangladesh globally’ was the opinion of many. Mr. Shahidul Alam, editor of the book, Ms. Rubana Huq, entrepreneur, and writer, who wrote the introduction of the book, Mr. Fakhrul Alam, Professor, Department of English, Dhaka University, and other distinguished guests were present at the launching session. Their combined opinions were captured in the editorial comment that “Twenty-five years ago we hadn’t realised we were transforming the way we perceived our nation. Despite all the things that are not right in our nation there is much reason for hope. This rich, nuanced, insightful look at our community is the look of pride of a nation with self-belief. It celebrates both the power of photography and it celebrates the power of our photography.”

The book was subsequently reviewed in many papers, one of them was Khademul Islam, Dhaka Tribune whose critical observation was ‘Bangladesh is unchaining itself, freeing the shackles of old ways of representations and even of some new ones. This charge of the lens brigade is being led by keen amateurs rewriting the history of a nation’s images. This book by Drik celebrates that emancipation.’

BANGLADESH SEEN FROM WITHIN