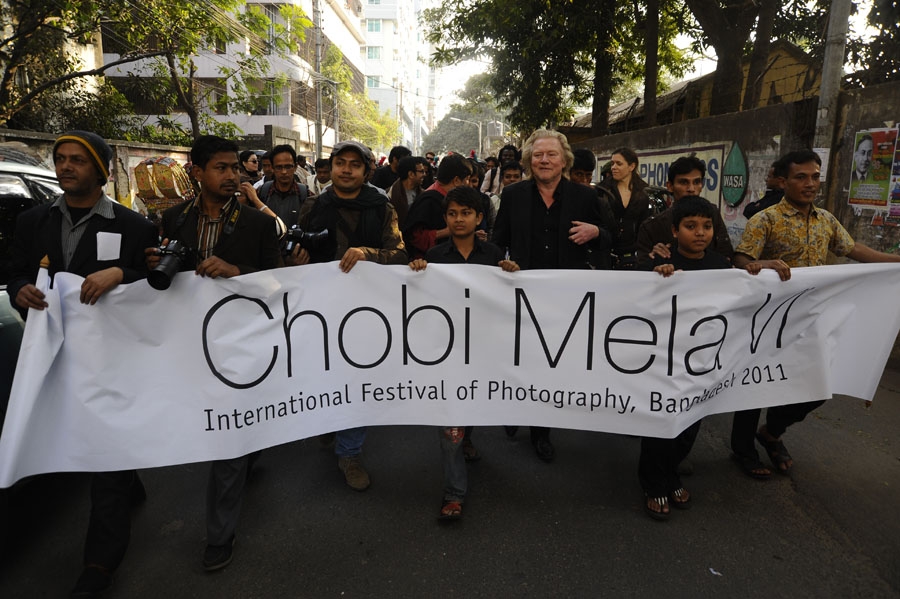 Chobi Mela, the first festival of photography in Asia, is one of the most exciting ventures that Bangladesh has undertaken. Held every two years in Dhaka, the month-long festival brings together a wide range of photo events raising questions about the power structures inherent in picture production. While utilising the entire gamut of digital innovations from online submissions to colour managed workflow, the festival examines the dramatic shifts in image production, ownership and distribution brought on by new developments in the media landscape.

The themes Differences (2000), Exclusion (2002) and Resistance (2004) reflect the social engagement of the festival. Through exhibitions, discussions and workshops, the festival explores the semiotics of present day photographic practice, showcases the work of established and emerging photographers, and initiates debates on issues central to the politics and culture of representation. The eagerly awaited media event creates huge interest within the industry and amongst the public at large. Drik’s politics of unsettling boundaries of exclusion and challenging deeply embedded perceptions of aesthetic inclusiveness led to the altered dynamics of Chobi Mela III through the deliberate staging of mobile exhibitions in public spaces. Selected images from the festival’s photographic exhibitions in Dhaka’s ubiquitous rickshaw vans, emulated the movie adverts and the fast disappearing ‘bioscopes’. Everyday crowds in bazaars, football fields and schoolyards, outside cinemas and tea stalls presented an audience to the photographers they would rarely encounter in galleries.

The festival has led to a wider awakening within photography, with participating countries organising similar festivals of their own. As the circle expands, Chobi Mela has begun lending exhibitions to its regional partners, breaking previous boundaries. Perhaps it was this breaking out that led to the debates and late night discussions amongst the participants giving shape to the theme of Chobi Mela IV: Boundaries.